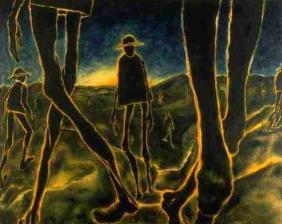 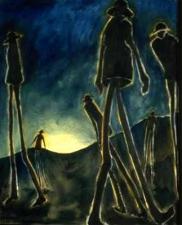 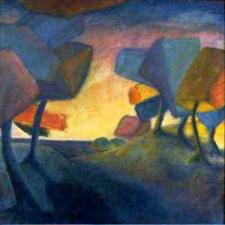 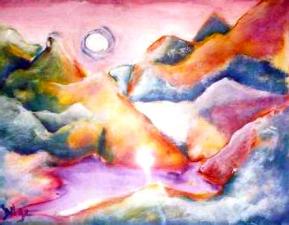 Born in Vancouver, Della’s primary interest from early childhood was art.  She attended the Emily Carr School of Art and Capilano College where she studied a variety of artistic mediums.  In her development as an artist, Della was influenced by the Impressionists, Post-Impressionists and the Surrealists.  This is revealed in her love of light, intensity of colour and appreciation for dream-like realities.  Her paintings document her quest to strip away habitual cognition and enter into the magical world behind and within ordinary perception.  Della currently lives in California and has become one of the most accomplished members of the School of Reductionism.