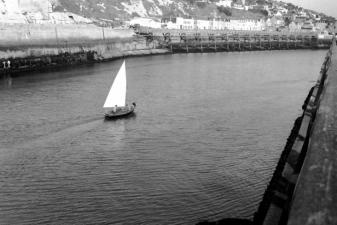 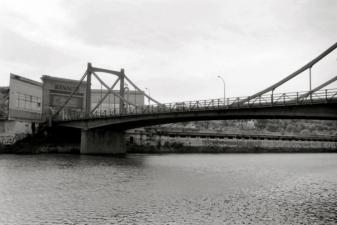 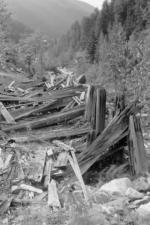 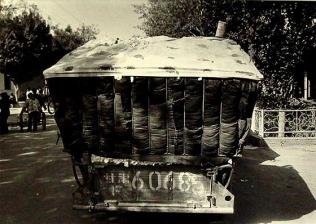 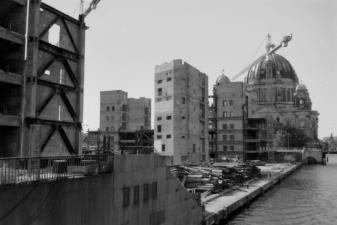 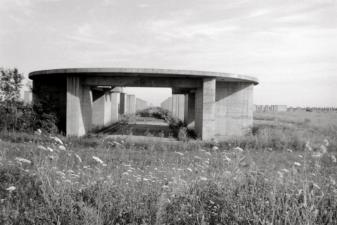 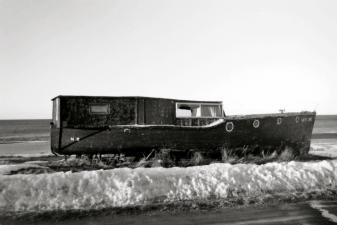 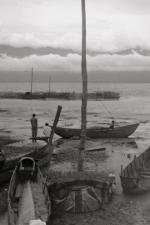 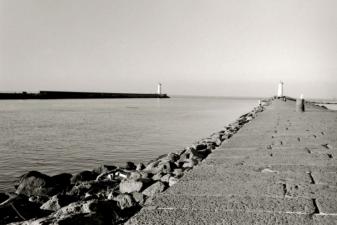 It was not only when I first started to travel that photography was of prime importance. In my Parisien teenage years I used to spend time at the Cinémathèque du Palais de Chaillot and take photographs in the streets of Paris with friends.

Later travelling lent itself to this practice and because of this travelling some people have seen in the work the eye of a “flâneur”. It was only in 1982 that the desire to study Visual Arts came to me; first at the University of Ottawa and then at the Sorbonne in Paris in Art History. Those years of study confirm the documentary orientation already taken earlier.

In a village in the west of France where I lived for nine years it was possible to do a photographic study of the surrounding rural area in its pre-industrial agriculture state, and the book “Repères Quotidens” was published. While on short trips, some small projects came to light: Totem on Elgin Street, Ferry tail, Constructions Ephémères, and a long series of images on mail boxes.

Sabbatical years from teaching have allowed me to complete some themes and take images of new ones in many different places such as Tunisia, South-East Asia, China, Yemen and the south of France. More recently I have started to use digital photography to work on projection inside and outside on different material.

See bottom for more information, images and video on other websites.

"Ferry Tail" part of "Minding the Light" organised by the Museum and Heritage Foundation at the Confederation Centre, October 2011 to March 2012.

Participation in "Art in the Open", August 27th in Charlottetown and "Nocturne", October 15th in Halifax with a digital projection "Sculpture in the Park", images of sculptures from Parisian parks.

"Photographie 101: Push the Button", 130 photographs by 58 Canadian and international artists over the last 140 years. Confederation Centre gallery. May to September 2008

"Trees and Hedges", Exhibition to present a Land Art Project.; Gallery in the Guild, Prince Edward Island, Canada. Proposition to plant a twelve kilometer hedge; (three levels of vegetation with trees from the primitive Acadian forest) along the periphery of Charlottetown. May, 2000.

“Repères Quotidiens”, Exhibition at the Médiathèque of Le Mans, France on the occasion of the publication by the Médiathèque of a book of photographs from the exhibition. It documents the village of Villaines-la-Gonais where Cruchet and Cullen lived and worked for nine years. June to September, 1998.

Solo and group exhibitions in Bogotá, Charlottetown, Paris and Toronto, 1982-1985.

Work in public collections   National Gallery of Canada, Ottawa; Art Bank of Prince Edward Island; Museum of the Confederation Centre of the Arts, Charlottetown, Prince Edward Island; Foundation for the Study of Objective Art: Gallery Arcturus, Toronto; Museum of the Post, Paris; Canadian Museum of Civilisation, Quebec; Historical Library of the City of Paris (BHVP) and the Médiathèque of the city of Le Mans.

Previous installation of the exhibit:


Interview for "Quatre vents," a 2011 exhibit in Le Mans, France on local TV on YouTube


A photo essay by Cruchet on the ferries that formerly crossed the Northumberland Strait, via YouTube:  http://youtu.be/igj10xjkpjY