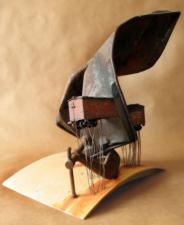 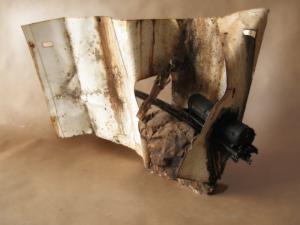 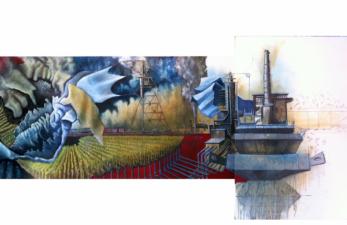 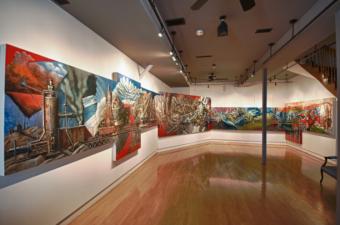 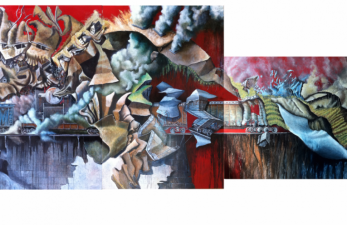 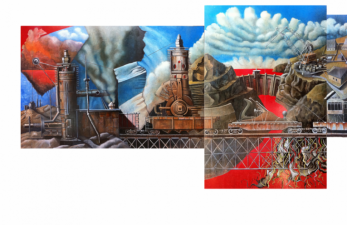 Jeremy was born in Ontario and grew up in Victoria, BC. As the son of Canadian painter James Gordaneer, RCA, he was surrounded by art and began taking an interest in painting at an early age. He attended the Camosun College Fine Arts program in the early ‘90s and has traveled extensively throughout Europe,Africa and America in order to study art and hone his craft. He spent a decade as a member of the Chapman Group in Victoria, a loose collective of artists and writers, who met weekly to study art, philosophy, physics and theology, as well as to provide a rigorous critique of each other’s work. He studied Theatre at the University of Victoria and continues to support himself through scenic art and design for theatre and dance. Jeremy continues to paint, sculpt and draw on a regular basis.

For many years the central focus in Gordaneer’s art has been exploring different ways to ground into being the idea of a continuum. He takes the traditional dichotomies of painting and sculpture, figure/ground, background/foreground, and subverts them in order to create an interesting new pictorial space more in keeping with the contemporary world. Beginning with painting, then often moving towards a more three dimensional sculptoral approach, Gordaneer now often combines the two mediums. The inclusion of found objects in the sculptures gives the viewer an entry point to the work as well as calling into question scale and meaning.