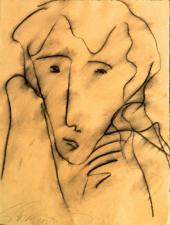 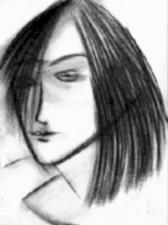 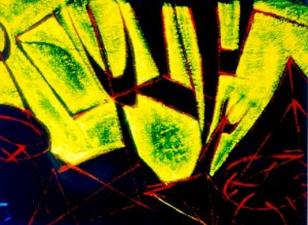 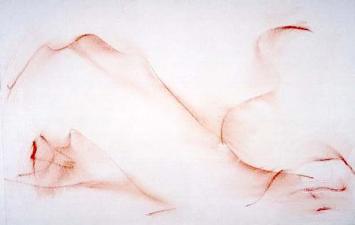 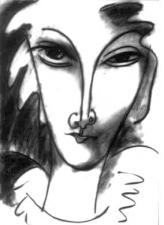 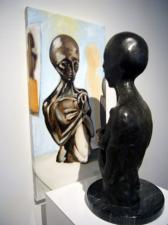 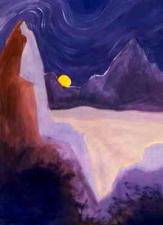 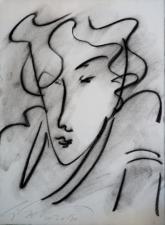 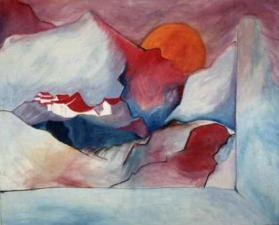 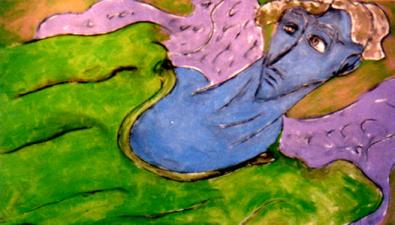 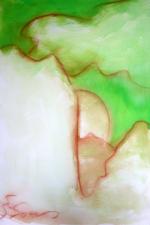 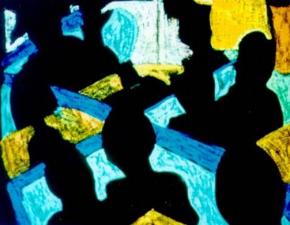 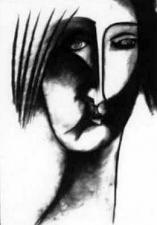 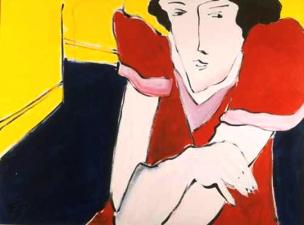 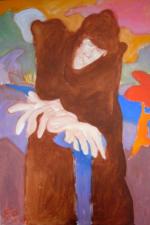 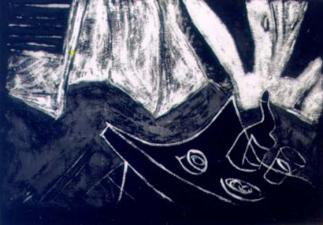 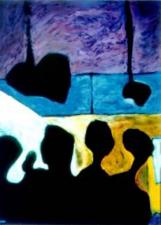 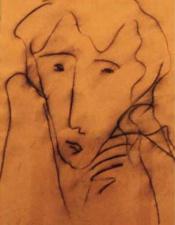 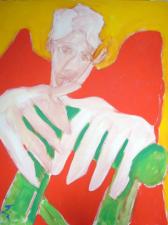 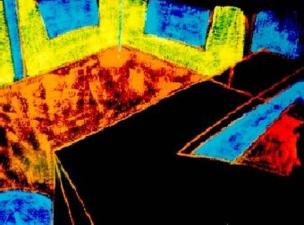 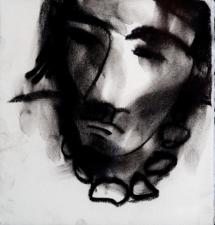 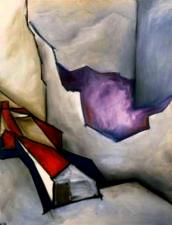 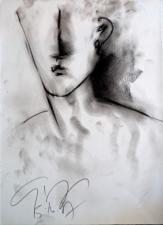 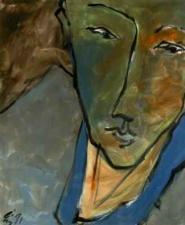 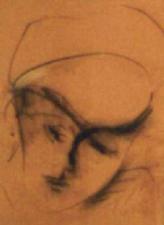 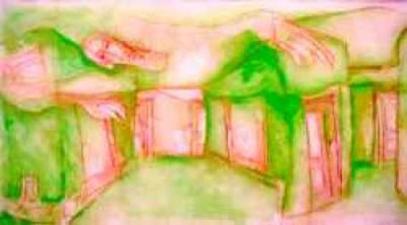 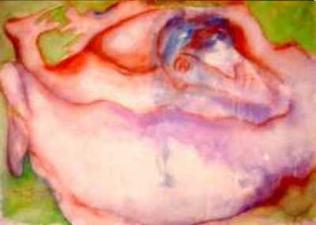 E.J. Gold is a master artist.  His proficiency extends into many artistic media, including painting and sculpting as well as professional video and music recording, computer game writing, and virtual reality wizardry.  Gold has created a diversified and monumental oeuvre in the course of the forty years of his career as an artist.  All his work speaks of breathtaking vision, technical expertise, uncompromising discipline, and engaging humor.

E.J. Gold was born in New York City in 1941.  As the son of H.L. Gold, the editor of Galaxy Science Fiction magazine, he grew up surrounded by artists and intellectuals, the Who’s Who in the Arts in America of the 40's and 50's: Isaac Asimov, Arthur C. Clarke, Robert Heinlein, Charles Laughton, Orson Welles, John Cage, Merce Cunningham, Pete Seeger...

The New York School, Otis Art Institute in Los Angeles, Rico Lebrun and Fritz Schwaderer are among his early influences.  A member of the infamous California Nine, a guerilla artist group of the sixties, he was widely recognized for his invention of soft and breathing sculptures.

Gold is a perceptual scientist who uses art as his primary investigative tool.  He is the principal author of the Manifesto on Reductionism published jointly with the Grass Valley Graphics Group, an artistic enclave at the cutting edge of experimentation in objective art where visual elaboration is reduced to a minimum.  In keeping with the tenets of reductionism, instead of drawing on personal elements of past experience, the artist directs his attention to the world of stillness and silence that lies just on the other side of the veil.

These powerful paintings by this remarkable shamanic artist are gateways to sublime mystical experiences.  They are profoundly experiential and impenetrable by the mind but have the ability to awaken higher centers.  Therein lies their key.